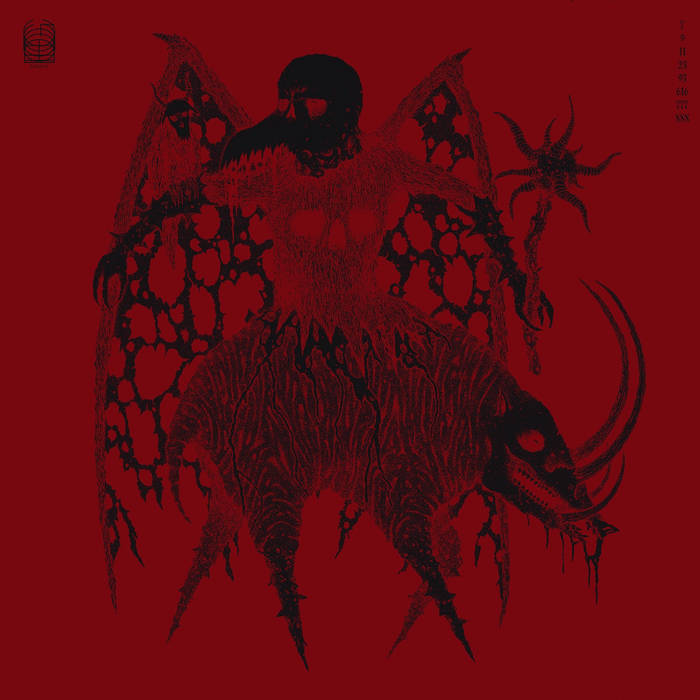 Sandullos I had no idea what this was, I just knew that Sunn and Attila was involved. I am not dissapointed.

GRAVETEMPLE was formed in 2006 as a side-project of the band SUNN O))) by Oren Ambarchi, Stephen O'Malley and Attila Csihar. The group formed initially to tour in Israel summer 06, creating several recordings which eventually became "The Holy Down" album, which was released on Southern Lord recordings in 2007. At the time of the Israel tour, the Lebanon War started and was in action. In Summer 08 the trio reformed together with the addition of Australian drummer Matt "Skitz" Sanders for a short European tour culminating at a headlining performance at Supersonic Festival in Birmingham. In late 2009 the original trio reconvened for a special one-off concert at London's Institute of Contemporary Arts. April 2013 marks the first set of live action since that period, and a new chapter in the ongoing system of the related network.

"Ambient/Ruin" was created with the 2008 quartet, elements of tape collage, concrete, field recordings blend within a strong geographically diverse (parts were recorded in Japan, Australia, Paris and Israel) suite of heavy minimalist/maximalist music, black/death metal and drone. The culmination of these efforts become the music, literally, of Sadistik Exekution meeting Phill Niblock.

GRAVETEMPLE clearly adapted the aspects more abstract and experimental related to SUNN O))) and has continued from that point, with continued ongoing focus on metaphysical construction of free music and will. The music became a geographically and metaphysically based effort.